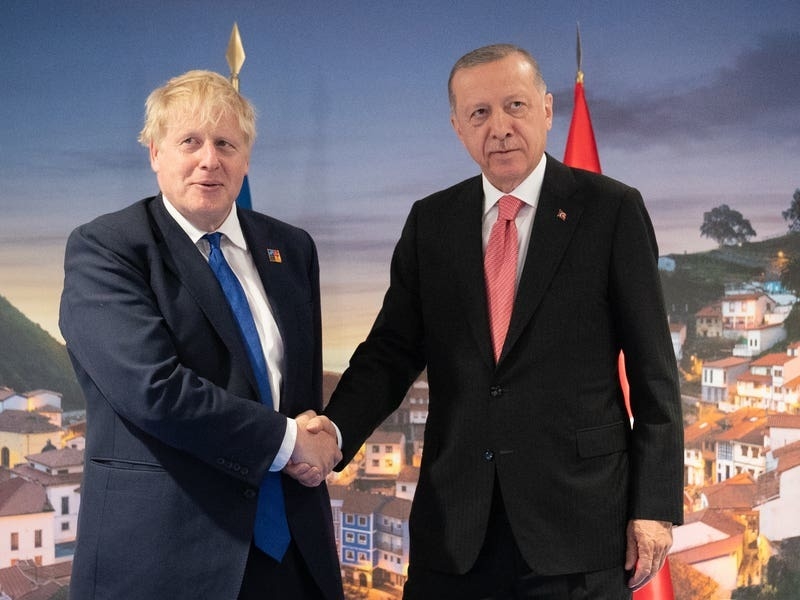 Boris Johnson insisted the idea of an early election “hasn’t occurred to me” but refused to rule out calling a snap poll.

The Prime Minister said he would not “start talking about politics” at a time when he was dealing with cost-of-living pressures and the war in Ukraine.

He repeatedly failed to rule out the prospect of going to the country before the next scheduled election in 2024.

Foreign Secretary Liz Truss said the Government is “not speculating about elections”.

The Prime Minister has claimed he has a new mandate at Westminster following his victory in the confidence vote, despite 41% of his own MPs deciding he should go, and was asked whether he would also seek a fresh mandate from the country.

Mr Johnson, a former journalist, told reporters accompanying him on the trip to the Nato summit in Madrid: “Do you know what, I’ve realised where I’ve been going wrong with all this.

“I’ve got to recognise that years and years ago, I used to do the kind of jobs that you all do now, and it was a great, great life and a great privilege.

“What you are able to do is offer opinion, commentary, analysis, predictions about politics, about individuals and so on.

“I think I’ve got to recognise I’m no longer a member of that sacred guild.

“I’ve got to talk about my programme for government, about policy, and what I’m doing to take the country forward.”

Asked whether he was ruling out an early election he said: “I’m just saying, I don’t comment on those sorts of things.”

He added: “The idea hadn’t occurred to me, if you really want the truth, because I’m focused on getting through the cost-of-living pressures, developing and improving, widening, our plan for a stronger economy, and making sure that we continue to offer leadership on some of the tough global issues the world faces.”

Asked if he was leaning towards a snap election he said: “I am not offering commentary, what I’m trying to get over to you is that I’m here to comment on policy, on the agenda of government.”

His comments came as The Times reported that staff at Conservative Party headquarters had war-gamed the idea of calling a snap election if Labour leader Sir Keir Starmer is forced to resign as a result of Durham Police’s investigation into alleged breaches of coronavirus rules.