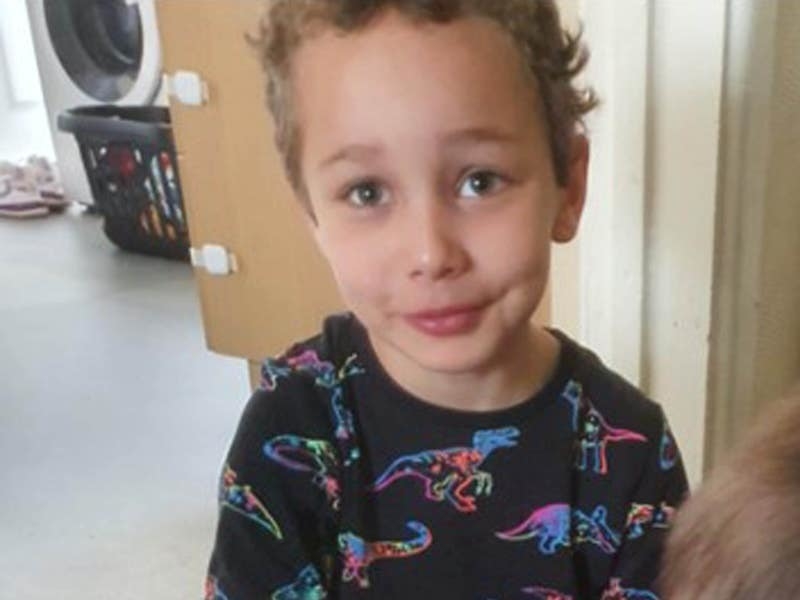 The mother and stepfather of five-year-old Logan Mwangi, whose battered body was found dumped in a river, are set to find out how long they will spend in jail for murdering him.

John Cole, 40, Angharad Williamson, 31, and a 14-year-old boy, who cannot be named because of his age, will be sentenced at Cardiff Crown Court on Thursday after being convicted of Logan’s murder.

Both Williamson and the youth were convicted of a further charge of perverting the course of justice – an offence Cole had admitted before trial.

Mrs Justice Jefford will impose life sentences but has to fix the minimum term of custody each defendant has to serve before they can apply for parole.

Logan, a previously “smiling, cheerful little boy”, was discovered in the River Ogmore in Pandy Park, Bridgend, South Wales, on the morning of July 31, 2021.

During the trial, Cardiff Crown Court heard the youngster had suffered 56 external cuts and bruises, and “catastrophic” internal injuries, which were likened to a high-speed road accident.

Experts said the injuries could have only been caused by a “brutal and sustained assault” inflicted on Logan in the hours, or days, prior his death. They also said the injuries were “consistent with child abuse”.

In the months and weeks leading up to his death, Logan had been “dehumanised” by his family, prosecutors said.

Logan’s stammer is said to have worsened, becoming particularly bad around Cole. He wet himself more frequently and began self-harming.

Friends of the couple said Cole told them he did not like Logan, and others said his attitude changed after becoming obsessed with the idea that Williamson had cheated with Logan’s father Ben Mwangi.

After Williamson gave birth to Cole’s own child, Cole was reluctant to let Logan see the baby and later claimed the boy had tried to smother the infant.

By March, due to concerns over Cole, Logan and his younger sibling had been assigned their own social worker.

In June, a month before Logan died, the family were removed from the child protection register – meaning it was believed there was no longer a risk of significant harm.

A foster family the youth stayed with claimed to have heard him say he wanted to kill Logan.

A support worker also heard the youth singing: “I love kids, I f****** love kids, I love to punch kids in the head, it’s orgasmic.”

Weeks before he died, Logan suffered a broken collarbone but medical treatment was never sought for him.

On July 20, Logan tested positive for Covid-19 and he was shut in his bedroom with a baby gate barring him from leaving.

Caroline Rees QC, prosecuting, said: “He had been kept like a prisoner in his small bedroom in the flat you saw, a room likened by Williamson as a dungeon.”