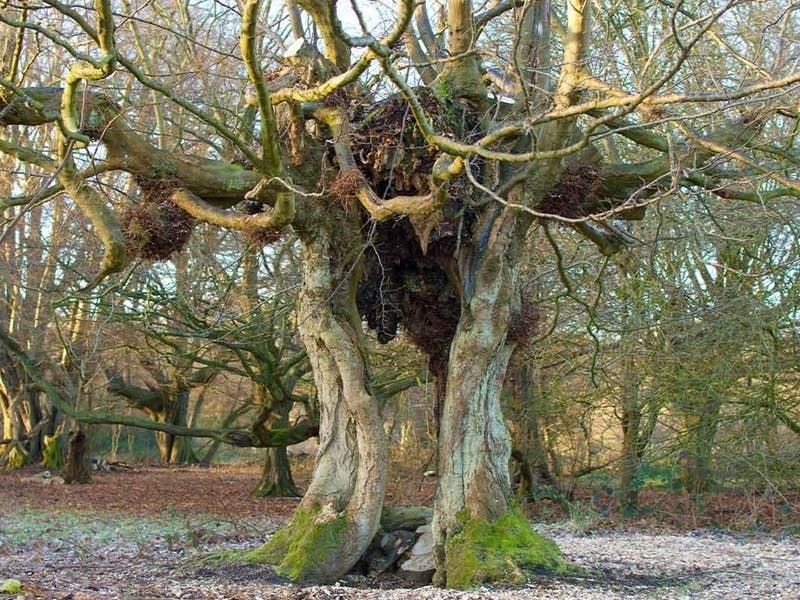 English landscapes could be home to two million very old and remarkable trees, as many as 10 times the recorded number, a study suggests.

News that most of the country’s old trees are still yet to be found has been described as “remarkable” by campaigners at the Woodland Trust, who are calling for legal protected status for the “cathedrals of the natural world”.

Ancient trees are those which show exceptional age for their species, and have features such as a hollowing trunk, dead wood in their canopy and other organisms such as fungi or plants growing on them.

They can also have cultural and historical value, and some are even tourist hotspots, such as the Major Oak in Sherwood Forest, Nottinghamshire, an enormous centuries-old tree which, legend has it, sheltered Robin Hood.

Veteran trees share many of these kinds of features but are not old enough to be considered “ancient” for their species, while notable trees are also important specimens that could become the ancients of the future.

Work carried out by the Woodland Trust and volunteers to map these important trees over the past 15 years on the ancient tree inventory has found 180,000 old and notable specimens, of which an estimated 15,000 are ancient trees.

Now the new study, published in the journal Ecological Applications, suggests the true figure for ancient, veteran and notable trees could be 1.7-2.1 million across England – around eight to 10 times as many.

For the study, researchers from the University of Nottingham teamed up with the woodland charity to develop the first robust nationwide estimate of ancient and veteran trees in England, by mapping where they were likely to be found across the country.

Using the ancient tree inventory, the team created a number of different mathematical models using environmental, human and historical characteristics to predict the true distribution of ancient and veteran trees.

Part of the modelling aimed to combat “sampling bias”, where the distribution of records is more down to where people have looked for trees, rather than where they are.

The aim was to find the model which produced a map that was closest to real tree distribution, and systematic surveys of 52 randomly selected one square kilometre areas of England were used to work out which one was best.

Volunteers searched their allotted squares as thoroughly as possible to find all the ancient and veteran trees, with a total of 459 important specimens found including oak, ash, beech and sycamore, 94 of which were ancient and 365 were veteran.

They also reported there was a high likelihood of important trees in areas that were inaccessible or too far off to survey accurately – suggesting there were many more.

Some 285 of the trees identified by the volunteers were not previously recorded on the ancient tree inventory, and many of them have now been added to the map so the Woodland Trust can monitor and help protect them.

By calibrating the models against the trees found by the volunteers, the researchers arrived at their new estimate of the number of trees present in England.

“It also suggests there is a lot more recording to do, but by having these more accurate prediction maps, targeted surveying will make it much easier to find them.”

Adam Cormack, head of campaigning at the Woodland Trust said: “It’s remarkable that this research suggests we are yet to find most of the UK’s ancient trees, the cathedrals of the natural world.

“They’re out there somewhere – hidden in field corners, woods, hedges, even gardens and parks.

“Volunteers have done an amazing job to map thousands so far and this research is the inspiration to redouble our efforts.”

But he warned that trees do not have the legal protection that most of England’s wildlife and old buildings have, despite the fact some are more than 1,000 years old.

“These astonishing trees are our inheritance from history, and we should be treating them like national treasures,” he urged.

The Woodland Trust is calling on UK governments to legally protect some of the most ancient and valuable trees by giving them heritage status, introducing strong, consistent policy protection for old trees, and increasing support for land managers and farmers to care for them.