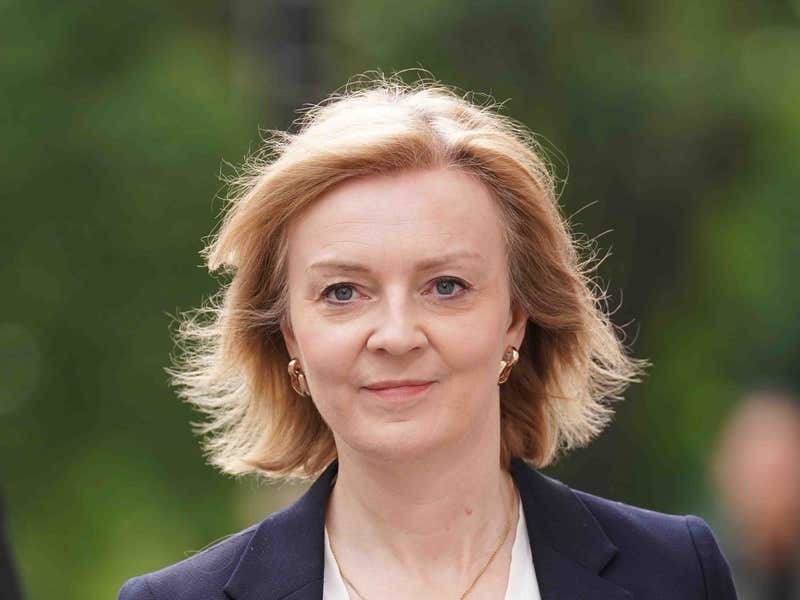 The minister pledged to begin cutting taxes “from day one” while billing herself as an experienced candidate to set herself apart from opponents with less Cabinet experience.

One of her key backers, Business Secretary Kwasi Kwarteng, accepted that public spending would need to be reduced to fulfil pledges of tax cuts.

Robert Jenrick, a former Cabinet minister who is backing former chancellor Rishi Sunak, criticised rivals for pledging unachievable tax cuts at a time when the party’s “credibility” is under strain.

“I think there’s a risk in a leadership contest of announcing tens of billions of pounds of unfunded tax cuts, much as though we would like to see those,” he told Times Radio.

“At this moment in time, the credibility of the Conservative Party is being tested – let’s be honest with ourselves,” he told Times Radio.

“And announcing fantasy tax cuts to help get through a leadership election, I think, is unwise.”

Under the tagline “Trusted to deliver”, Ms Truss kicked off her campaign with a slick video highlighting her work on trade deals and the controversial Northern Ireland Protocol Bill.

Ms Truss said a prime minister with “experience, who can hit the ground running from day one” is needed, in a possible dig at her rivals without Cabinet experience.

She told the Daily Telegraph she would “start cutting taxes from day one”, and would cut the National Insurance hike introduced in April, mirroring a pledge of rival Sajid Javid.

“And that’s why we need to put incentives in the economy, and the way to do that isn’t by raising tax,” he told BBC Radio 4’s Today programme.

He conceded “there need to be spending reductions” to fund tax cuts, but refused to say which services would be hit.

Transport Secretary Grant Shapps released a snappy video appealing to the Tory MPs who will whittle down the candidates by touting his experience as a campaigner.

With Conservatives nervous of losing their jobs after Mr Johnson led the party to dire recent electoral performance, Mr Shapps told MPs: “I can help you win your seat.”

“I wouldn’t want to damage anybody’s chances by offering my support,” he told broadcasters during a visit to the Francis Crick Institute in London.

Tom Tugendhat, the chairman of the Commons Foreign Affairs Committee who has never been a minister, pledged to cut taxes on jobs and fuel and painted his candidacy as a “clean start”.

Jeremy Hunt, who has been both health and foreign secretary, expressed a desire to “cut all taxes” in an interview with BBC Breakfast.

Chancellor Nadhim Zahawi has claimed he was being “smeared” over his tax affairs, and reiterated a pledge to publish his returns annually if he enters No 10.

“I was clearly being smeared. I was told that the Serious Fraud Office, the National Crime Agency, HMRC, were looking into me,” he told Sky News.

“I’m not aware of this. I’ve always declared my taxes – I’ve paid my taxes in the UK.”

“If I am prime minister, I will publish them going forward,” he added.

“I don’t think being retrospective is right. I was in business before, I came out of that, of course, now I’m in politics.”

Attorney General Suella Braverman pledged to amend the Northern Ireland Protocol Bill to set VAT, excise and the regulation of medicines directly under UK law from day one.

She has also pledged a move to remove new EU laws from applying to Northern Ireland, risking further souring relations with the bloc.

The 1922 Committee of backbench MPs will elect a new executive committee on Monday, before drawing up a timetable for the leadership contest.

The process could be tightened so the final two candidates can be voted for by Tory MPs before the Commons enters the summer recess on July 21.

That would give the chosen pair the summer to campaign for the backing of Conservative Party members, who ultimately select the next Prime Minister.

Meanwhile, Home Secretary Priti Patel is expected to make a final decision on whether to enter the already crowded race.