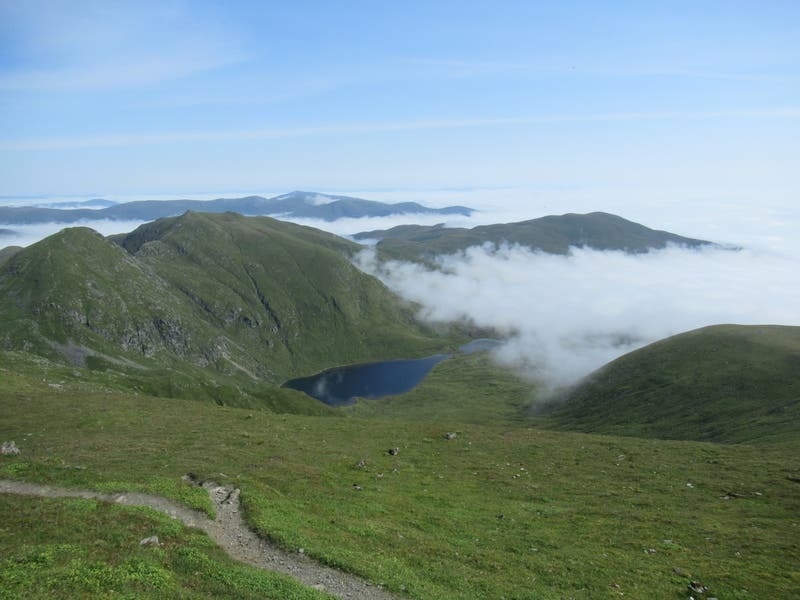 Rare plants on Scottish mountains could soon become extinct without intervention, research from the University of Stirling has found.

Snow pearlwort, drooping saxifrage and mountain sandwort found on the slopes of the Ben Lawers range in the highlands are retreating further up the mountains due to climate change.

The plants require a cool climate at high altitude but due to increasing global temperatures, species are moving to higher ground with drooping saxifrage now found 50 metres from the top of Ben Lawers.

Snow pearlwort has declined by 66% since the mid-1990s, moving it from a vulnerable to endangered conservation threat status by the Botanical Society of Britain and Ireland.

Sarah Watts, a PhD researcher from the University of Stirling’s Faculty of Natural Sciences and a former seasonal ecologist with the National Trust for Scotland (NTS), has spent 12 years monitoring 10 rare species growing on Ben Lawers alongside NTS staff and volunteers, adding to a data set that goes back 40 years.

Miss Watts said: “Our research signals a rapid loss of biodiversity happening right now which means that, if it’s allowed to continue on this accelerated trajectory, due to climate change, we will see the extinction of species like these.

Professor Alistair Jump from the University of Stirling warned the findings have “worrying global implications”.

He said: “In the context of the interacting climate change and biodiversity crises, this research has worrying global implications. I

“It shows that low-latitude, arctic-alpine plant populations already situated at maximum local elevations are effectively on the elevator to extinction.

Ms Watts suggests that the plants are moved to other sites such as botanical gardens or more suitable mountain habitats.