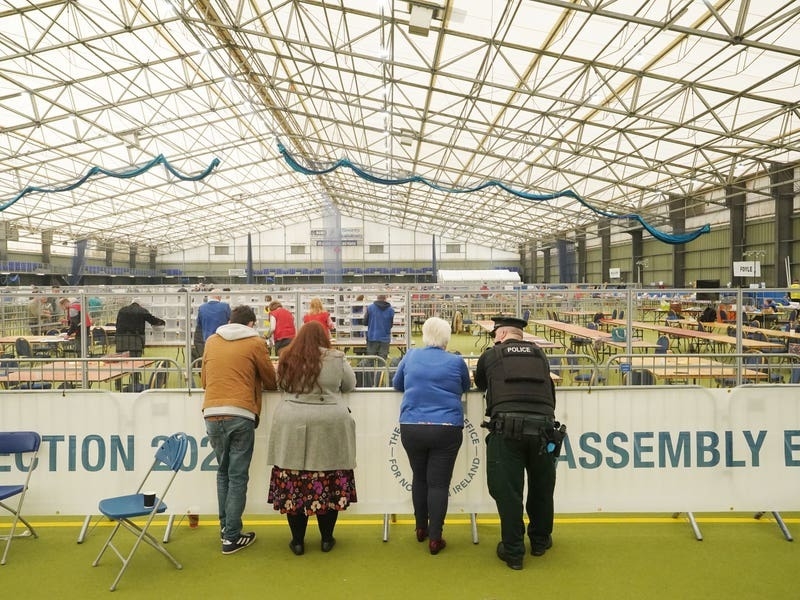 A leisure centre in Co Londonderry which has been used as an election count centre is unlikely to be utilised in the event of a winter Stormont Assembly poll, the Electoral Office has confirmed.

The Meadowbank Sports Arena in Magherafelt has been used in recent Assembly, Westminster and European elections to count votes cast in constituencies in the west of Northern Ireland.

However election staff have been advised it is unlikely to be used if the Secretary of State calls a fresh poll, with the Eikon Centre on the outskirts of Lisburn, Co Antrim, being explored instead.

It added: “An alternative venue being explored is the Eikon Exhibition Centre in Lisburn.”

The PA news agency understands that while Meadowbank has been used in recent elections, it was not the first choice, with the Eikon Centre being higher up the preference list.

With most elections taking place during the summer, it is often not available during May or June when major events such as the Balmoral Show take place there.

Politicians have in the past complained about cold temperatures at Meadowbank.

“I have been writing to staff and those responsible for polling places across Northern Ireland as part of contingency planning in case an unscheduled election is called,” she said.

“Given the time of the year and issues around heating, the STV count and the availability potentially of other preferred venues that often are not available, we are not at present planning to use the Magherafelt sports arena.

“That said, I would congratulate the team there who always do a tremendous job during the elections and manage a great facility.”