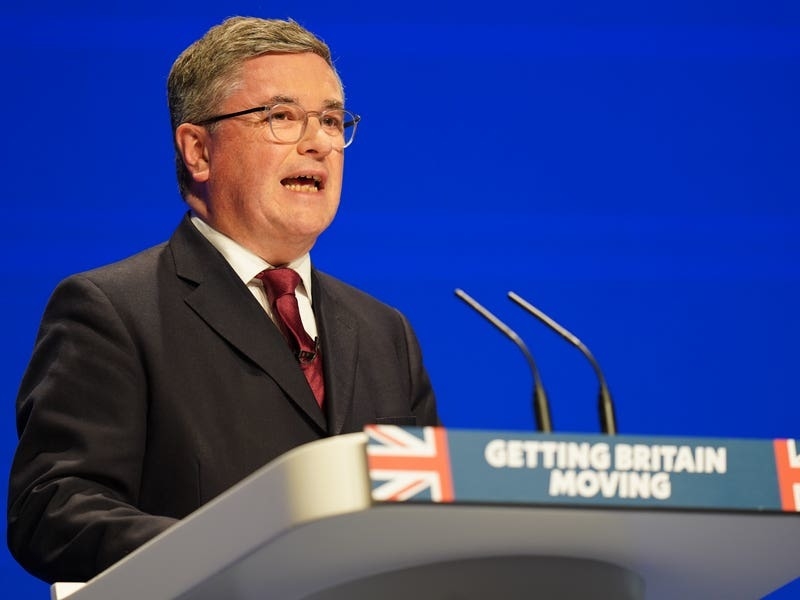 The Government is using its Brexit “freedom” to “bring a freeport to Wales for the very first time”, Welsh Secretary Sir Robert Buckland has said.

He added: “We are all part of one United Kingdom with shared values and we are stronger together.”

Sir Robert turned his fire on Labour and Plaid Cymru, which he described as a “party more focused on stoking division and ripping apart our union than delivering for Wales”.

He added: “Rather than focusing on the people’s priorities, like delivering the M4 relief road that Welsh businesses and families are crying out for, this dysfunctional duo are hellbent on creating a larger Senedd, packed with even more politicians paid out of the public purse.”

On plans for a freeport, he said: “We are using our freedom outside of the EU to bring a freeport to Wales for the very first time.

“Backed by millions of pounds of UK Government funding, a freeport will bring renewed growth to Welsh communities and it’s why we’re helping families and firms directly with the energy price guarantee, so that no-one will go cold this winter. This is what taking back control can deliver for Wales.”

Sir Robert concluded his speech with his message of UK unity, telling members: “I want to finish by saying to those who might be losing faith, not just in Wales, but across the country, that this Conservative Government will deliver the growth and the prosperity that is only possible in a strong United Kingdom.”