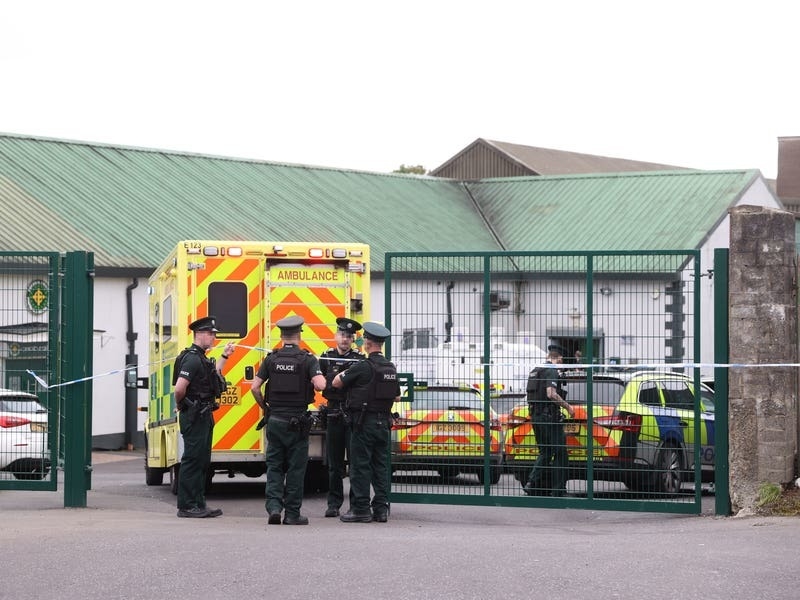 A man has been shot dead at a social club in west Belfast.

The club was busy with customers watching a football match on TV when the shooting took place on Sunday afternoon.

Police forensics officers were examining the scene on Sunday evening as part of the murder investigation.

“He was pronounced dead at the scene. Both gunmen are believed to have made their escape on foot along Suffolk Road.

“The investigation is at a very early stage and I would urge to anyone with information or anyone who was in the Suffolk Road area at the time the shooting took place, and seen two men running from the club or who may have captured dashcam footage, to contact us.”

“There’s total shock in this community today with the offence that happened in Donegal Celtic today,” he said as he visited the scene.

“My thoughts and sympathies are with this man’s family.

“I personally don’t know the victim but what I do know is that there’s a family there and our thoughts and our sympathies are with this man’s family at this stage.

“But there’s shock within this community and people are sending their condolences to this man’s family.”

“I condemn those responsible. There is no place for guns on our streets,” he said.

SDLP councillor for the area Brian Heading said: “My thoughts are with the family and friends of the deceased who will have been left devastated in the wake of this senseless attack and the loss of their loved one.

“This incident has cast a dark cloud over the entire area. People in this community want to be able to live their lives in peace and this shooting in broad daylight in a busy establishment must be condemned in the strongest possible terms by all.

“People are rightly concerned at the presence of gunmen on our streets and I would urge anyone who knows anything about this shooting to come forward to police as soon as possible.

“We need these people apprehended to protect the community and ensure that nothing like this happens again.”