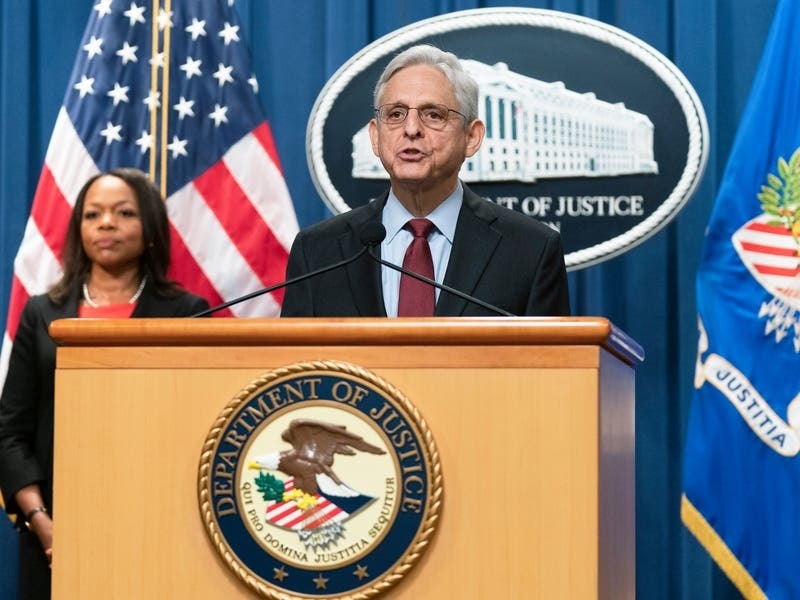 The Justice Department has asked a court to unseal the search warrant the FBI received before searching the Florida estate of former President Donald Trump, Attorney General Merrick Garland said.

Mr Garland cited the “substantial public interest in this matter” in announcing the request at a hastily scheduled Justice Department news conference.

It was not immediately clear if and when the unsealing request, filed in federal court in Miami, might be granted or when the documents could be released.

Mr Garland also cited the fact that Mr Trump himself had provided the first public confirmation of the FBI search, and the attorney general said that disclosing information about it now would not harm the court’s functions.

The attorney general condemned verbal attacks on FBI and Justice Department personnel over the search.

“I will not stand by silently when their integrity is unfairly attacked,” he said, calling them “dedicated, patriotic public servants”.