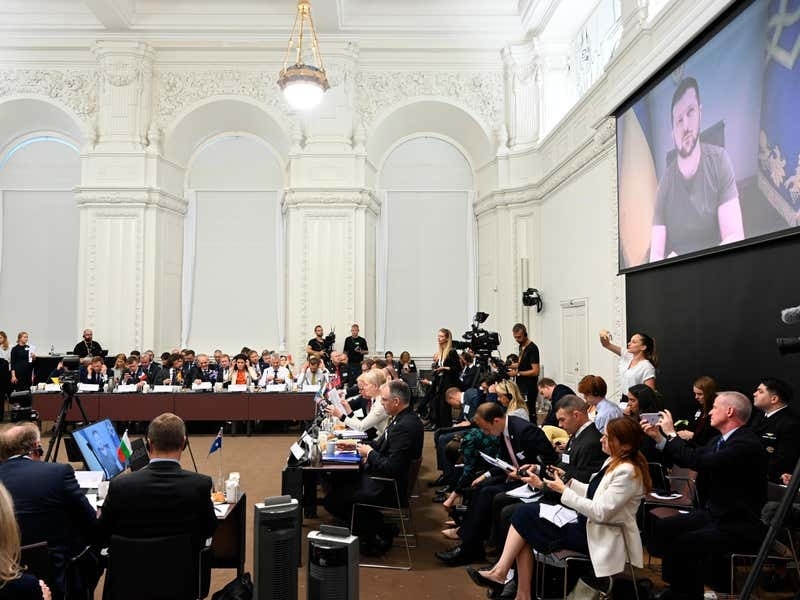 Western countries agreed on Thursday to continue long-term funding to help Ukraine’s military keep fighting after Russia invaded its neighbour, saying 1.5 billion euros (£1.2 billion) has been pledged so far and more is coming.

The money is for enhancing armaments production, including artillery and ammunition; developing and strengthening the training of Ukrainian soldiers and assisting Ukraine’s efforts to demine areas.

“All the countries that came to Copenhagen came with the intention of supporting Ukraine,” Danish Defence Minister Morten Bodskov said at the end of the one-day meeting of 26 nations and the European Union.

The 1.5 billion euros included donations by the UK, Denmark and Norway but “it will grow”, Mr Bodskov said, adding “some of the countries need to go back home and get the support of their parliaments”.

Mr Bodskov said that “money alone will not do the trick, as you say, we need increased productions”.

He thanked Poland, Slovakia and the Czech Republic for signalling a “willingness to expand production of artillery systems, ammunitions and other equipment”.

At the conference, Norway said it would help train Ukrainian troops in Britain. Sweden and Finland earlier said they would do the same. Iceland will assist demining efforts in Ukraine “by training trainers”, its foreign minister said.

“We need armaments, munitions for our defence,” he said.

Ukrainian Defence Minister Oleksii Reznikov, who attended the conference, declined to give details on what weapons his country will get.

The conference, co-hosted by Denmark, Britain and Ukraine, followed an April meeting at a US air base in Germany that established the US-led Ukraine Defence Contact Group, which coordinates international military support for Ukraine.

The new weapons, whose number was not specified, come on top of several rocket-launch systems it gave Ukraine earlier this year. Ukrainian troops have been trained in Britain to use them.

“Our continued support sends a very clear message, Britain and the international community remain opposed to this illegal war and will stand shoulder-to-shoulder, providing defensive military aid to Ukraine to help them defend against Putin’s invasion,” Mr Wallace said.

Part of the money will pay for 130 Danish troops to help train Ukrainian forces in Britain.

“It is decisive for Ukraine to be able to defend itself against the Russian attack,” Mr Arild Gram said.

The Kyiv School of Economics released a report on Wednesday assessing the cost of war damage to Ukraine’s infrastructure at more than 110 billion dollars (£90 billion). The report said 304 bridges and more than 900 health care facilities were either destroyed or damaged.