Exploring Jersey –by bus and bike

MUNICIPAL authorities in Banff, the popular tourist destination in Alberta, Canada, have come up with an idea as good as it is simple.

And it makes perfect sense in a town where getting out and exploring the great outdoors in an environmentally sustainable way is a major part of what makes the place tick.

In a bid to encourage people to use public transport and to promote cycling, they introduced a scheme called Bike and Roam. At bus stops around the town and in the surrounding area, you see people waiting with bicycles because buses are fitted with bike racks on the front, and sometimes inside as well. You simply slot your bike in, jump on and enjoy the ride to wherever you want to get back in the saddle.

Jersey is a long way from North America, but Islanders have the same passion for being in the open air doing something fun and healthy. And increasingly, people want to do it in a way that has minimal impact on the natural world.

LibertyBus might not yet have bike racks on their vehicles, although it would be great if they trialled the idea, but they have teamed up with folding-bike manufacturer Brompton to offer a service not a million miles aw 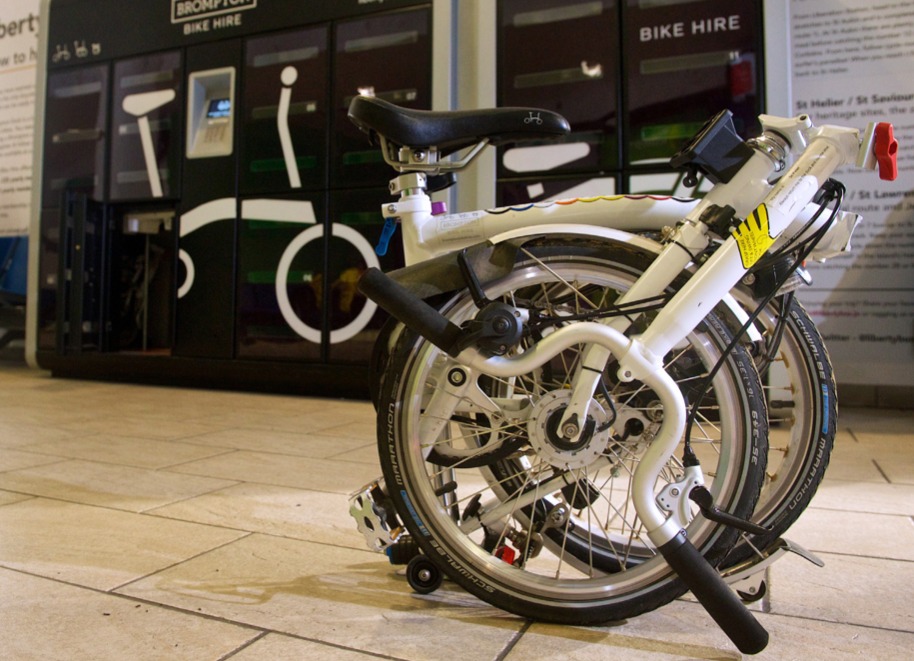 LibertyBus might not yet have bike racks on their vehicles, although it would be great if they trialled the idea, but they have teamed up with folding-bike manufacturer Brompton to offer a service not a million miles away.

You can pick up your Brompton at Liberation Station and take it on any of the bus routes, hopping between pedal and diesel power as the mood takes you. There are 12 bikes kept in a series of lockers which can be booked and paid for online at bromptonbikehire.com. You just have to register and then choose a tariff, either £25 a year and £3.50 a day (or rather a 24-hour period) or £5 a year and £6.50 a day, which is remarkably good value.

Locks and helmets can be hired for the day from the bus station for £2 plus an £8 deposit, and the bikes come equipped with dynamo-powered lights.

Once you have paid, you get a code which enables you to unlock the door and take out the bike. It really is surprisingly easy.

We booked the bikes for a weekend and my seven- year-old son and I embarked on what we billed as a bus adventure. We got a tourist map and a timetable and picked our route – the number 7 to Devil’s Hole, before cycling to St Mary’s village, and then down into St Peter’s Valley to join the new cycle route which starts at the bottom of La Dimerie. From there it is pretty much all cycle route back to the bus station – and downhill most of the way from the pub at Devil’s Hole, where the bus stop is in the car park, to the Avenue. The Vic in the Valley is situated about half way, so, with mum not there to police the New Year-resolution regime, we promised ourselves a cheeky drink and a bag of crisps. 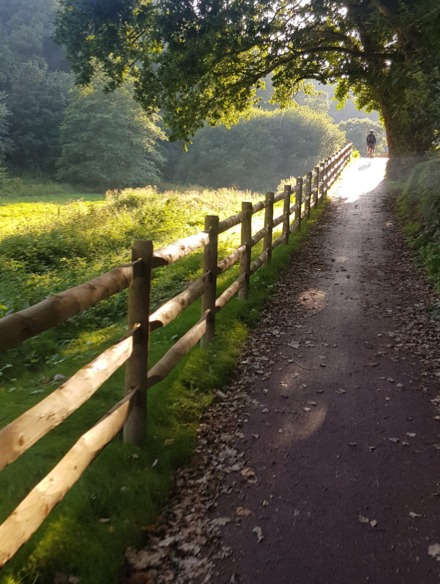 The Bromptons are versatile bikes (I had to adjust the handlebars slightly on my son’s so it was the right size), but they are really designed to be city get-abouts and their three gears do not make going up steep hills all that easy.

Each armed with a two-day contactless-style Avanchi travel card (you just flash it in front of the on-board ticket machine) we picked up the bikes and jumped on the number 7. You can put the folded-up bikes, which weigh around 10 kg, in the area by the fold-up seats or in the luggage rack. They slide around a bit on sharp corners, so I had to sit close to stop them rolling into the aisle.

We alighted at Devil’s Hole and soon attracted the attention of some onlookers, intrigued as to how the bikes unfolded.

There is nothing like an audience to induce basic instruction dyslexia and, despite the simple-looking directions on the frame, it took a few minutes to work it out the first time. The parts are colour-coded and you just unfold and bolt in the order spelt out in the diagram. By the end of the day we were folding and unfolding in around a minute.

Bike assembled, it was difficult not to feel just a little smug as we pedalled away. Talking of which, I was expecting rather more style than substance from the Brompton given they have acquired super-cool cult status among the waxed-moustached hipsters of Shoreditch. But they are actually great, as well as fun, to ride and we were soon motoring past La Mare Vineyards enjoying the sights and smells of the Jersey countryside.

Cycling around Jersey is one of life’s great pleasures, especially along green lanes and the superb new St Peter cycle track, the cost of which I and many others griped about when it was first mooted. (Sorry Eddie, we can all get it wrong.) 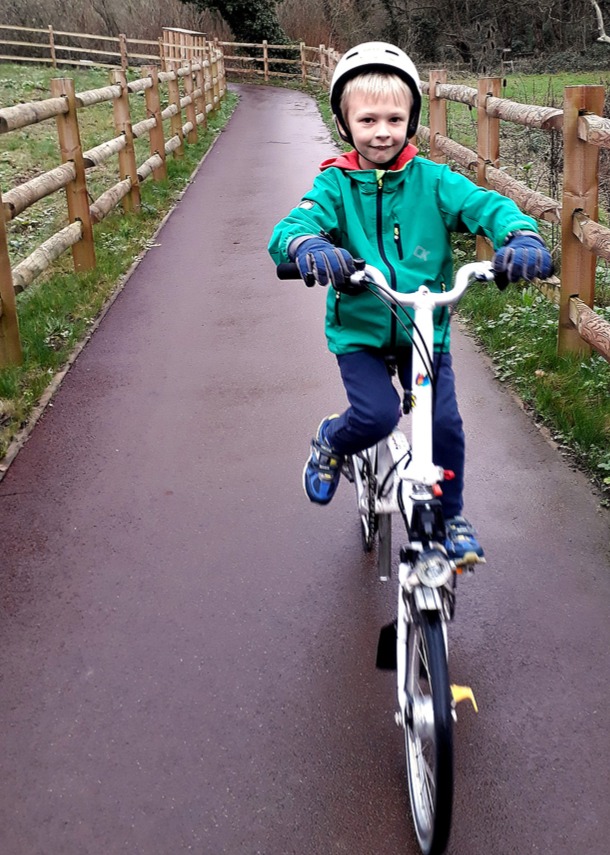 We wound our way down the valley without breaking a sweat, my son not having a clue why I kept saying ‘Transformers. Robots in Disguise’ in the way you’ll be saying it in your head right now if you grew up in the 80s.

All in all, our bus adventure took around two and a half hours (pint and packet of crisps included).

As a day out this is a great option, although those unfamiliar with the Island need to know where the hills are before planning their route. In a number of ways, this is better than ordinary bike hire because you can hop on the bus when you get tired.

My son, who loved being on the bus as well as in the saddle, can’t wait to do it again (although he has demanded we get on a double-decker next time) and nor can I.