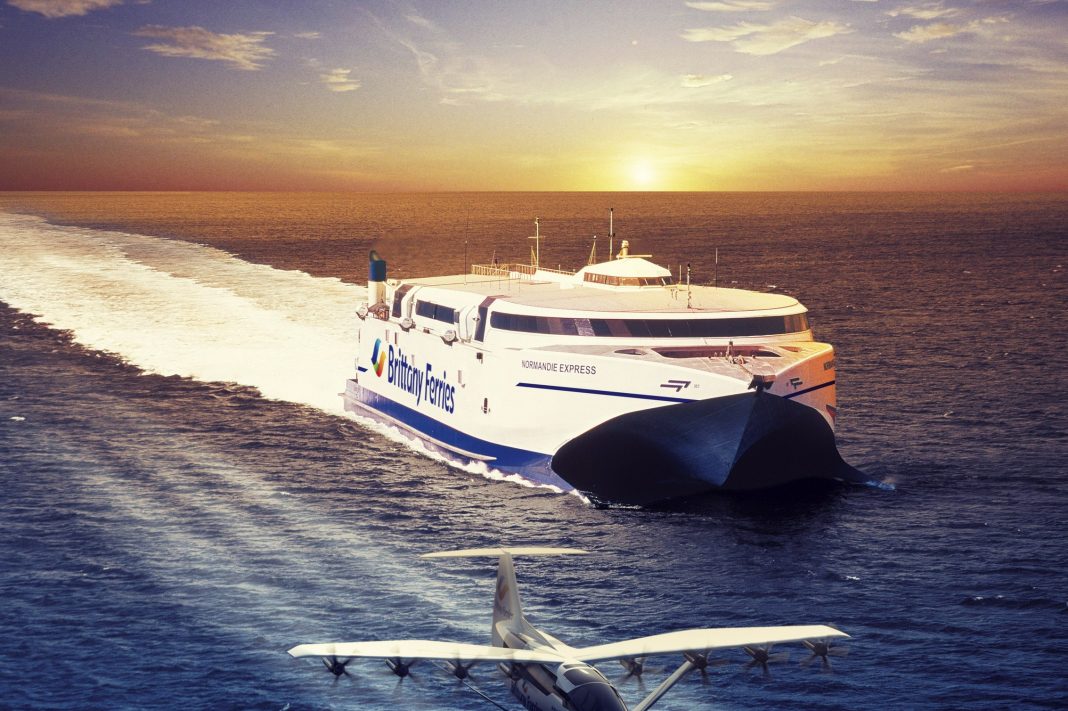 The company, which last year bought a minority shareholding in Condor, has signed a letter of intent with REGENT – a Boston-based business – which is developing the electrically-powered ‘seaglider’ technology.

If brought to Jersey routes, then – at top speed – the crossing to St Malo could be completed in 12 minutes.

Following departure from port, the proposed vessel rises onto hydrofoils and, when in open waters, uses propellers and a phenomenon known as ‘ground effect’ to fly just above the surface of the sea on a cushion of air.

Frédéric Pouget, ports and operations director for Brittany Ferries, which earlier this year leased one of its high-speed vessels to Condor, said: ‘Seaglider is an attractive and exciting concept and we look forward to working with REGENT in the months and years to come.

‘We are particularly pleased to contribute now because it means we can bring real-world challenges and potential applications into the company’s thinking at an early stage.

‘We hope this may help bring commercial success in the years that follow. Who knows – this could be the birth of ferries that fly across the Channel.’

It is also planned that the craft will use sophisticated sensors to detect potential hazards and automatically avoid collisions at sea.

The technology company says the first commercial service on a small craft could operate by 2025 with a crossing on a larger vessel – capable of taking between 50 to 150 people, taking place by 2028.