BUSINESSES along St Aubin’s Bay are hopeful that sea lettuce will not blight the beach this summer – after a trial scheme used by the Infrastructure Department last year successfully put it to use.

Pictures taken by the JEP this week have shown a dramatic reduction in the amount of greenery lining the shores of the bay when compared to the same time last year. 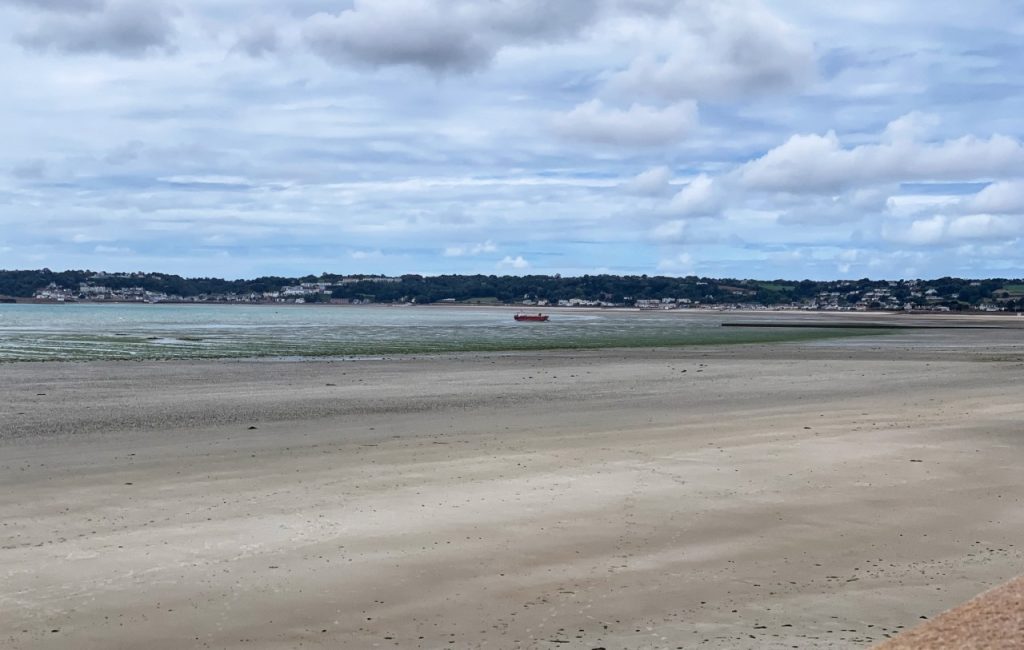 A picture showing the amount of sea lettuce this week 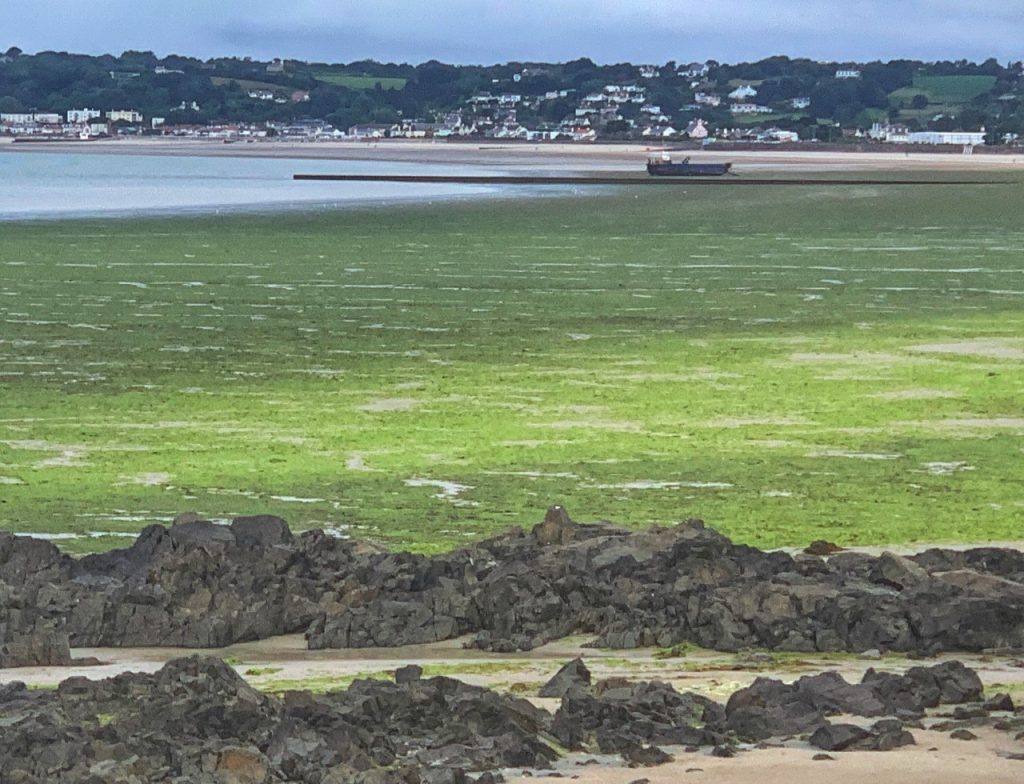 Although sea lettuce does not traditionally appear in big blooms until later in the summer when the water warms up, the government has said a trial scheme that saw the weed loaded into muck-spreader trailers for use on fields had been ‘particularly successful’ and will be repeated this year.

Geoff Spencer-Tucker, owner of the Jersey Sea Sport Centre, said: ‘We are not seeing much, which is brilliant. From our point of view whenever they clean it, clear it and take it away the effects are mitigated.’

He added that he was hopeful it would not be as bad as it was in previous years.

Gill Hougardy, of the Fort View Café, said: ‘It’s not too bad at the moment but maybe in a month’s time it will be a different story.’

She added: ‘Every year it’s different so you just have to wait and see – once it’s appeared it’s hard to get rid of.’

Anne Elliott, owner of The Gunsite Café, said: ‘I didn’t even realise it was there until last week.’

Commenting on the Infrastructure Department’s initiative, she added: ‘I think it’s a good idea, using it on farms. It is very unpleasant in the heat.’

A government spokesperson said: ‘The sea lettuce being taken direct to land has been particularly successful on sandy soils, where the salt content doesn’t do the same damage that it does on clay.

‘We plan to repeat this process again this year and focus on making best use of the sea lettuce.’

They added: ‘The bloom is triggered by the water temperature in St Aubin’s Bay.

‘The sea lettuce starts to appear once we get to 14°C, but the big blooms happen later in the summer once the water warms up past 16°C. Other factors such as light levels also play a part.’

Jacqui Carrel, environmental scientist for the campaign group Save Our Shoreline Jersey, said: ‘The conditions have been very good for the sea lettuce – a mild winter, plenty of sunshine, nitrates flowing in.

‘I think it’s going to come but I will be very happy if I am wrong.’