New base for surf charity to open soon

A DISABILITY surf therapy centre which has been funded through a government Covid-19 support scheme is due to open in St Ouen’s Bay next month.

The project is being undertaken by ocean therapy charity Healing Waves, which offers disabled Islanders the chance to enjoy the sea through a variety of adapted water sports.

The centre, which is being built in Le Braye car park, has been made possible by a £411,000 grant from the government’s Fiscal Stimulus Fund. It will act as a permanent base for the charity, help store its adapted surf equipment and provide disabled changing facilities for its members and the public. 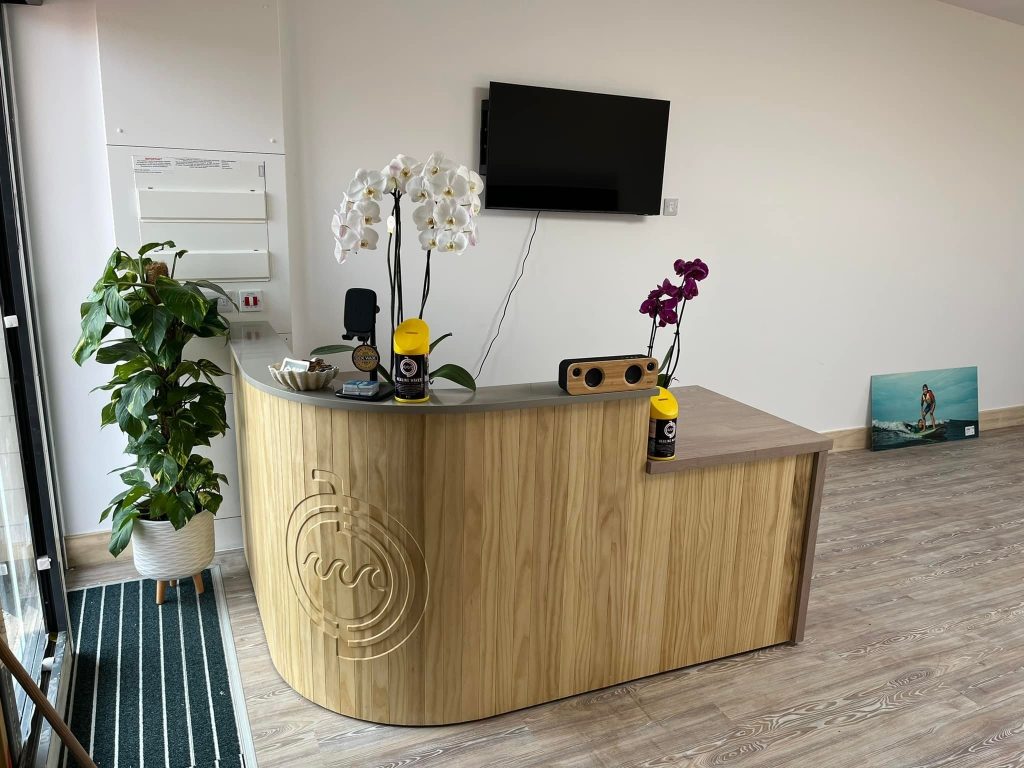 Max Wiltshire, co-founder of the charity, said they were hoping to hold an official opening for the centre in the middle of August.

‘Things are shaping up really nice,’ he said. ‘We have already started moving a lot of the equipment in and it is all coming together.

‘We have just got a few final touches before we can open next month.

‘It is looking really slick. Everyone that has helped get things together, from the building itself to the signage, has done a great job. It has got an organic vibe to it and fits in with the surroundings,’ he added.

Mr Wiltshire said the centre would provide a permanent home for all of their adapted equipment, which they have previously had to store away from the beach.

‘This is going to take Healing Waves to the next level and will help us meet our constantly increasing service demand. We have hundreds of athletes on our books and this is going to provide them with a space which meets their physical and emotional needs,’ he said.

Last weekend, the charity also featured on an episode of the popular BBC programme Countryfile, which has run a two-part series showcasing the Island on national television.

In the episode, presenter Matt Baker was shown how Healing Waves runs some of its surfing sessions.