DOUBLE killer Rickie Tregaskis is a violent psychopath who should spend the rest of his life in prison, the family of his second victim have said as he faces being sentenced for one of Jersey’s most notorious murders.

The 54-year-old was today due to receive a mandatory life sentence for the murder of Barbara Griffin and attempted murder of her aunt Emma Anton in the Le Geyt estate in 1990.

He is already serving life for the violent and unprovoked murder of Michael Josey, whom he kicked to death in the Cornish fishing village of Mevagissey seven years later. 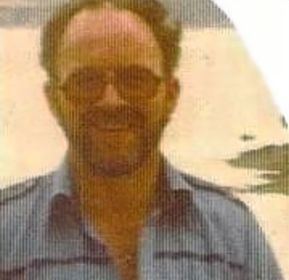 Tregaskis, who now uses a wheelchair after developing multiple sclerosis, was found guilty of the Le Geyt killings by a jury in the Royal Court following a two-week trial last month.

It was the second time he had faced trial for the killings – after being cleared of the offences in 1991.

Today Gary Wyatt, Mr Josey’s nephew, called for the Royal Court to impose a whole-life term – meaning that Tregaskis will never be able to apply for parole and will spend the rest of his days behind bars. 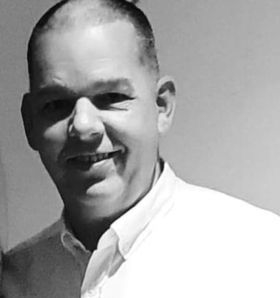 ‘I hope he is given a whole-life term to ensure he never sets foot outside prison again,’ he said.

‘I know he now has a disability but he also has psychopathic tendencies and I still believe he is a danger to the public.

‘After he had been released for other offences in the past he went on to attack people. And there could still be offences out there which he has never been convicted of.

‘I do believe that if he is ever released he will attack again – he has nothing to lose.’

Mr Wyatt added: ‘I hope the sentencing judge today also understands that if Tregaskis had been convicted the first time around then my uncle would still be alive today.’

Tregaskis – a serial offender with numerous convictions for violence – stabbed 59-year-old Mrs Griffin to death and seriously injured 85-year-old Miss Anton after entering the flat they shared through an open window.

He was arrested less than a week later, but the subsequent trial was dogged by setbacks, including the star prosecution witness refusing to attend and fleeing to the UK.

After walking free from court, the Islander continued his life of violent crime and was later jailed for 6½ years for a number of offences, including stabbing a doorman.

In a decision that would ultimately lead to his second murder, Tregaskis was released on licence in February 1997 – on condition that he lived with his father in Mevagissey, where just weeks later he kicked Mr Josey to death.

During his trial in Truro Crown Court, jurors heard that he attacked Mr Josey because he thought he had ‘looked at him the wrong way’.

Tregaskis was sentenced to life with a minimum term of 20 years in 1999. Although the tariff has now expired, the JEP understands that the killer has had several applications for parole denied.