CLOSING off streets and holding a ‘twilight market’ once a month could help bring investment into town, according to the government chief executive.

Suzanne Wylie floated the idea at a Jersey Hospitality Association lunch event, during which she spoke about working jointly with the industry to help it thrive. 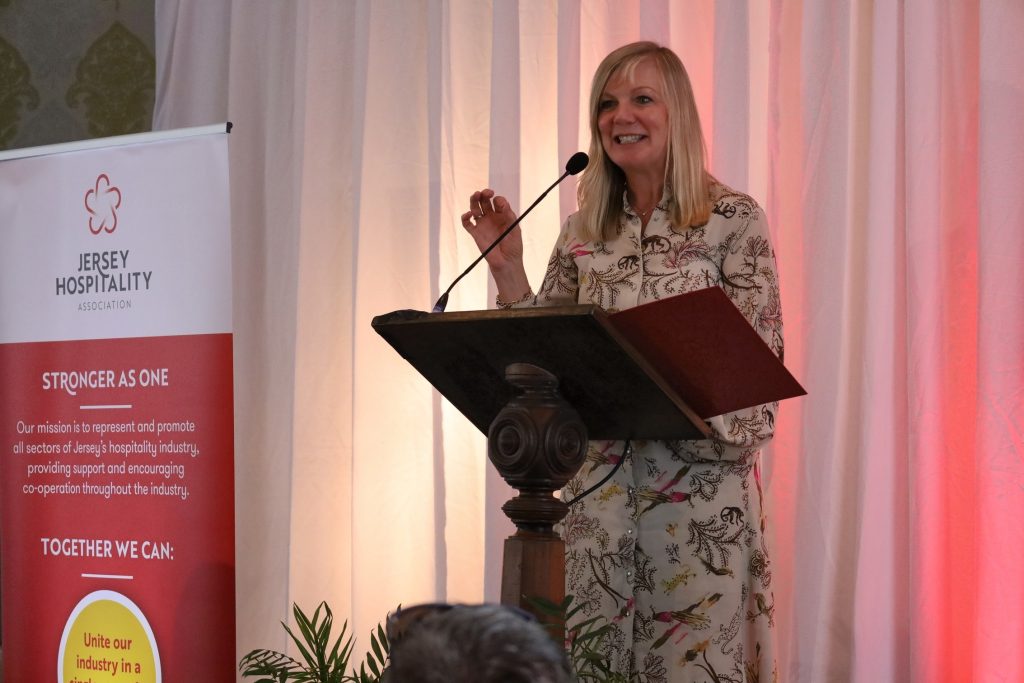 Towards the end of her speech, Mrs Wylie, who was previously Belfast City Council leader, discussed whether Jersey should look at new opportunities for growing ‘daytime and evening events-led economies’.

She said: ‘This might [be] slightly controversial but just imagine our beautiful market in the middle of Jersey – having a twilight market on Thursday night, once a month. That happened in Belfast and I can tell you they just put up a few fairy lights and had a bit of music.

‘The queues [went] round the market about three or four times.’

She added: ‘Just imagine what that might do to the streets around the market – can’t you imagine that would bring more investment, potentially, to the area? Can’t you imagine maybe closing off the street for night time, putting a few tables and chairs out and making it a real place, put a bit of lighting up and create a bit of music.’

Earlier in her speech Ms Wylie said she was aware of the ‘stresses and strains’ that the industry had experienced in the past few years.

‘The pandemic, Brexit, falling visitor numbers, shortages of staff, energy price rises and supply chain issues – they all add up to enormous pressures,’ she said.

‘We understand that as government and we want to work with you to find the right solutions and open up new opportunities.’

She also hinted, during the question-and-answer period, that the size of government could be scaled back – echoing comments recently made by Chief Minister Kristina Moore. Ms Wylie said: ‘I do think that you will see our government getting a bit smaller in size [and] focusing on frontline services which are really important for the Island.’