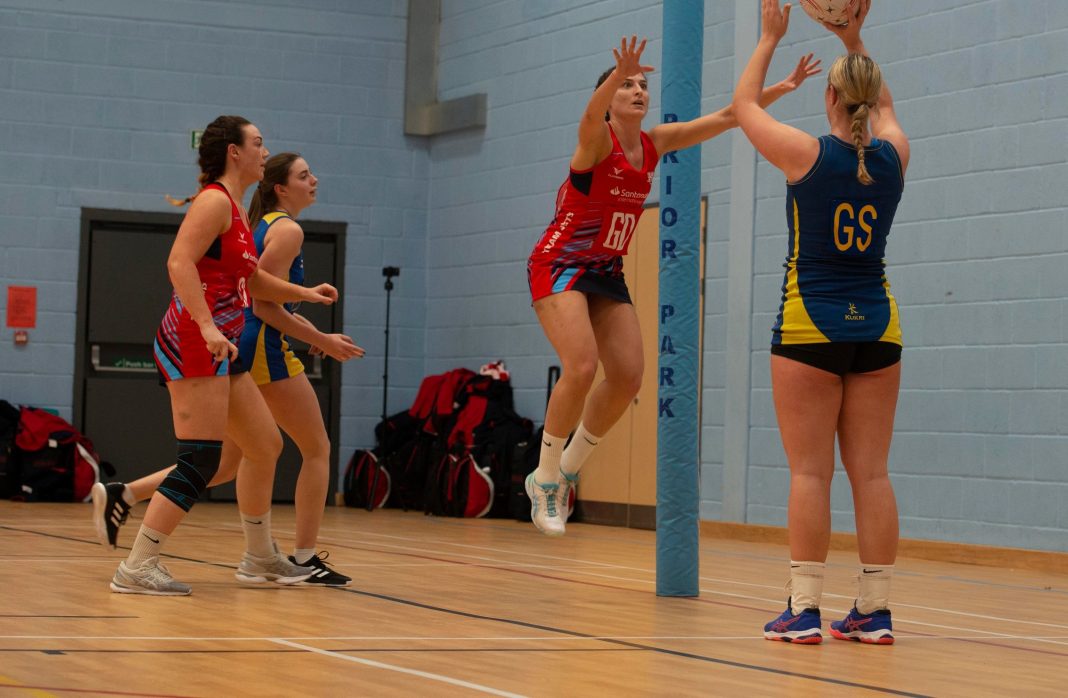 Linda Andrews’ side picked up two wins in one weekend for the first time this season to climb the ranks in South West Regional League Division I – a return which keeps alive their dream of qualifying for England Netball’s Premier League play-offs.

Two match postponements, due to flight cancellations, had left the Jets without a league clash since October, but they quickly shook off any rust to beat Galmington on Saturday and Team Bath A on Sunday.

Jets started strongly against Galmington, although the division’s bottom club hit back to reduce their deficit to just four goals in the third period. Their revival was short-lived, though, with the Islanders finishing 54-41 up.

Amelia Coutanche became the 58th player to make an appearance for Team Jets’ seniors when she replaced Josie Le Masurier on Saturday, while Hope Herridge played her first full game with the centre-bib on.

On Sunday, Jets found themselves five goals down at half-time against Bath, but a tactical switch turned the tide. Jacy Brown reverted to centre and Maddy Fitzgerald-Wilkins was introduced at wing-attack, while shooter Leah Griffin was given new instructions.

‘It’s probably the best game we’ve played, even though we were down at half-time,’ said Andrews, following the Bath clash. ‘Having to come back, when they’d played a game the day before, and in the manner they did it … they had the confidence to roll with it and they kept their energy levels up. Once we were in the lead we pushed again, rather than just holding on to the lead.’