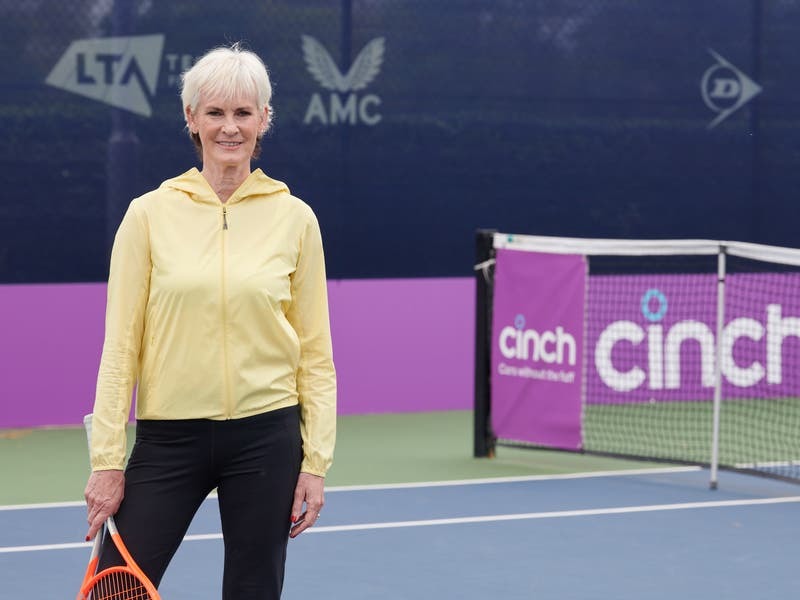 Lockdown gave Judy Murray a taste of retirement, and she found she rather liked it.

While best known among the wider public for being Andy and Jamie’s mother, Judy has been a one-woman task force for growing tennis in Scotland and for girls and women across the UK and globally.

Since her days as the national coach for Scotland, when she helped a group of young players including her sons to make it to the professional game, Judy has been immersed in the sport, but now she wants to take a step back.

“It has been really strange but I have to say that I really enjoyed most of the first lockdown because it gave me a chance to step back and chill out and not be packing a suitcase or jumping on a plane. It made me see what retirement looked like, and I quite liked it.

“I’m definitely going to step back. I realise I’m getting a bit long in the tooth and I’ve been doing this for such a long time. It’s actually now time for the next generation to step up.”

That means carrying on and building on the work Judy has done to make teaching tennis fun and inclusive and taking the sport out of its traditional communities.

“I really love things like that because not everybody can afford lessons, not everybody has access to a coach, so it’s really opening the opportunity up to everybody,” said Judy.

“For us to have a culture of tennis, we have to open it up so that we get bigger numbers. Everything’s about numbers. Sport runs through families. You can see that in our family with Andy and Jamie, and my parents played at county level.”

“I’m really looking forward to it,” she said. “I love Queen’s. It’s one of my favourite tournaments. I think it’s because it’s at a club and it’s grass courts and it’s in Britain, so I’ve always loved that tournament.

“After the year and a half almost that we’ve had with so little live activity to watch, it’ll be great to get back down there and see it all happening.”

Although she will be less involved in tennis going forward, one thing Judy believes needs to happen is better support for young players in preparing them for life in the spotlight.

“It’s been a big thing for me for a long time is that not enough emphasis is put on understanding the life and business of a professional athlete in the early years,” said Judy.

“We’re preparing them to hit forehands and backhands and match tactics and so forth, but are we preparing them for doing a post-match interview and being able to speak in front of the media?

“When you get to the top of the game, if you are someone like Naomi Osaka, you’re in front of a 200 or 300 press pack each time you have a real low. Andy was saying to me in 2016, the year he became world number one, he did over 100 press conferences.

“And of course he’s older but I know how difficult it was for him when he was starting out. I would like to see a lot more emphasis on that, whether it’s from the national governing bodies, the tours, the management companies or agents.

“I think there is a lot to be learned from the Osaka incident, and of course we have to be just as aware of helping players who have mental health issues as we are of the physical injury issues.”

:: Judy Murray was talking ahead of the cinch Championships. cinch, lead partner of the LTA, is running a campaign to give away free tennis lessons this summer. For more information go to cinch.co.uk