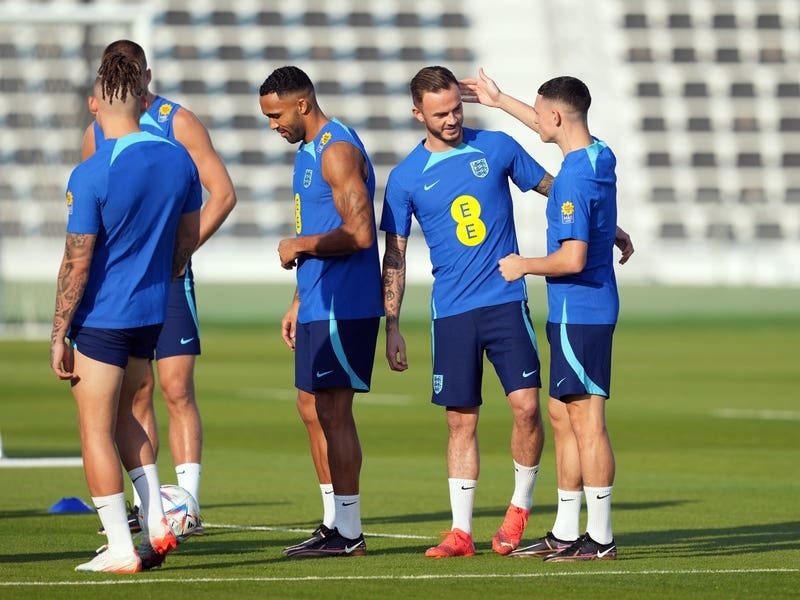 The 26-year-old was unavailable for the 6-2 win against Iran and 0-0 draw with the United States due to the issue that led to his first-half substitution in Leicester’s final match before the World Cup.

Maddison downplayed concerns over the injury and spoke about a positive scan upon England’s arrival in Qatar, but the midfielder has been conspicuous by his absence from training.

The midfielder returned to the group on Saturday as he joined the 13 non-starters from Friday night’s draw with the USA in training at their Al Wakrah Sports Complex base.

Jordan Henderson, who came off the bench in the second half against the USA, was the only non-starter that worked away from the group as he did an individualised programme indoors alongside those that started.

England sit atop of Group B heading into their final pool match against Wales on Tuesday.